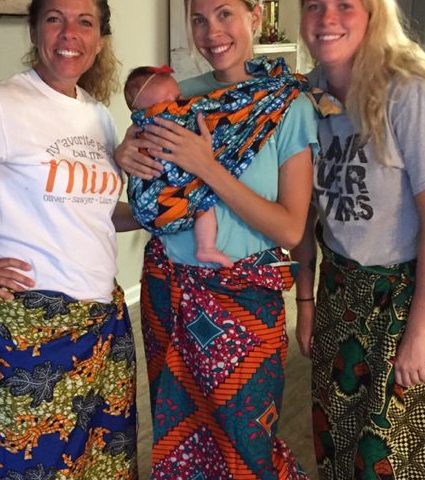 Malawi was such a beautiful gift to me. A couple of months later and I still struggle to find the words to describe what this trip and this country meant to me. As I grow older my path continues to lead me to a simpler, less complicated and peaceful place. Spending two weeks in the warm heart of Africa only confirmed my journey.

I had few expectations, probably due to the fact that I signed on rather quickly. I had little more than three months to prepare. My energy went immediately into getting immunizations, the right clothing, favorite snacks, and the few little supplies needed. As I packed the pretty little journal I purchased special for the trip, I daydreamed about writing every day sitting in this foreign land. I did not. I had one entry on June 20th and it simply read, “I woke up in Africa today.” I bought the biggest memory card I could for my camera and I again daydreamed about all the wonderful pictures I would take. I did not. I took enough, but didn’t even hit the quarter mark of storage.

When I arrived in Malawi I was overwhelmed. Everything I knew was gone. It was all appealingly strange; the sounds, the bathrooms, the culture, the wildlife, the language and the smiling people. Oh the people! It’s difficult not to get emotional thinking about all the beautiful faces. They were the poorest I have ever seen but at the same time they were the happiest. It was incredibly humbling and moving. With little outside world distractions I realized quickly how much they lived in the moment. Gathering water from the town’s pump easily became a social event for young mothers and grandmothers alike. A ball made of plastic bags tied together with twine made children happy for hours. Fishermen that spent all night on the water had time to stop and chat with friends or strangers on their way home. I decided quickly that I would do as the locals, just stay present and find the joy in every second. And so I did.

Then all too quickly it was time to go back home. I was not ready. I missed my own family tribe and my village in America terribly but I would have rather they come to me. Coming back proved to have a reverse culture shock effect. I was suddenly hyper aware of all the unhappiness which seemed to be everywhere. That was particularly difficult for me and it took a couple of weeks to acclimate. I felt unfamiliar in my familiar surroundings. This also created a peculiar situation. My grown children wanted to know about the trip and I just didn’t have the words. I felt this urge to protect my experience as if sharing it would somehow tarnish its beauty. I had been granted this amazing secret that they might not be able to appreciate. So I said very little for a while…

An upcoming family gathering was approaching and I knew I would be put on the spot to share something or at least show pictures. I thought about it for a few days wondering how I would handle this. I didn’t want to betray Malawi. She had shared her heart with me and I wanted to handle those treasures with care. I came up with an idea. I still didn’t have the words so I would have to just have to show them. My husband and I began searching the internet for traditional Malawian recipes. Then we spent a week prior hunting and gathering the ingredients or as close as we could get. When the evening arrived, I was ready to share my experience. My youngest daughter joined my husband in the kitchen preparing the dishes. They giggled and questioned each other and the recipes as they combined the unusual ingredients. Right before we sat down to eat; I presented the chitenges to my daughters. I assisted them in getting the wraps tied properly as I explained the meaning of this African wear. I brought one for my oldest daughter to tie her baby on her back as well. We all came dressed for dinner. After we had eaten all we could I passed out the trinkets I had brought back for each one of them. I had photos and names to share from the people who had sold me the curio. This made it so much more personal. Adding a little African music only added to the evening. My family got to visit this faraway place for a few hours. The table was full of happy people, eating new food, laughing, wearing new clothing and learning a few new words. This was the perfect venue for them to ask questions and having Malawi surrounding me like a warm hug, I finally had the words to answer. The TV was off and cell phones were put away. Everyone was present in that moment. I had achieved the Malawi secret and my adventure became theirs. It was my favorite evening.

A Message From One of Our Board Members